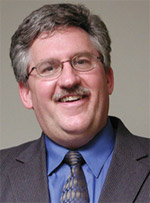 Lou has a BS degree in Civil Engineering from Michigan State University. His first professional assignment was for the Department of the Navy as a structural engineer in Long Beach. After a three year stint, he joined the oil consortium of Texaco, Humble (Exxon), Union, Mobil, and Shell rising to Chief Facilities Engineer as well as Senior Operations Superintendent. Lou moved to the largest marine contractor in the world with Stolt Comex Seaway (London/Houston); managing major construction operations. He has settled with a niche market with Z&A Engineering in its 23rd year of operations.

Lou has published numerous construction design articles and is an active member of the Steel Framing Alliance, and the Cold-Formed Steel Engineers Institute. He volunteers his time as the president of the California Steel Framing Alliance, and the non-profit organizations Pedro Private Limited, and The Legacy Foundation both of which are humanitarian project organizations. 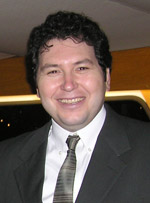 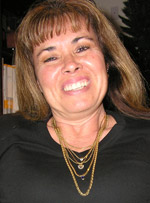 Colleen Nowell has been a member of the Z&A team for the last fifteen years. She brings a diverse drafting background to Z&A with over twenty years of CAD drafting experience.

Colleen has an AA degree in retail marketing from the Art Institute of Los Angeles. Her first job was a twelve year stint with the oil consortium of Texaco, Humble (Exxon), Union, Mobil, and Shell as a facilities draftsman transitioning from the drawing board to Auto-Cad drafting. Colleen moved to Stolt Comex Seaway (London/Houston); supporting major construction operations, including the removal of the Hope, Heidi, Hilda, and Heritage Platforms. 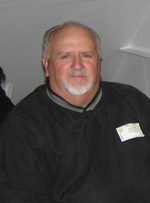 Wally Stafford brings a diverse construction background to Z&A with experience in commercial structures and residential structures, while a member of the Carpenters Union. Wallys personal interest in Cold-Formed Steel Framing began in 1992 as a Technical Representative for Western Metal Lath and Plaster. With diverse experience in the lath and plaster industry Wally was a natural for the Cold-Formed Steel Industry.

His professional accomplishments include the 47-story Hong Kong Shanghai Bank for Raymond Company, "State and National Apprentice of the Year - 1976" Los Angeles Drywall/Lathing Apprentice Program, and the supervision of the construction of model homes of light gauge steel at Clark Air Force Base, Philippines. He has served on the board of the Steel Framing Alliance, and the California Steel Framing Alliance.

He has settled with a niche market with Z&A Engineering as technical support manager.